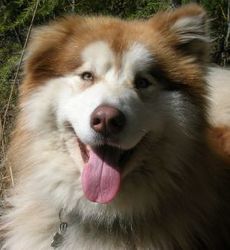 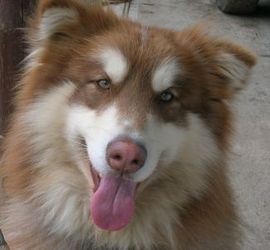 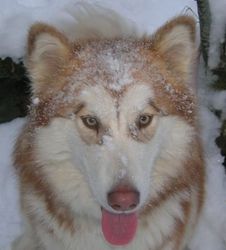 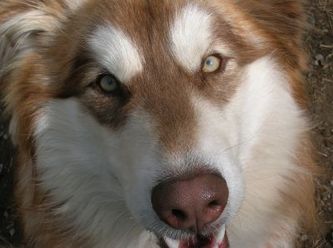 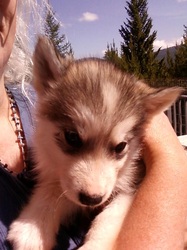 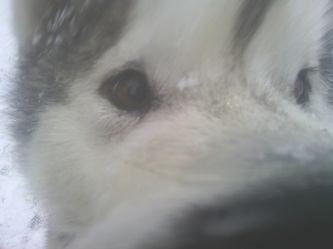 We live on 80 acres in northwest Montana, about 150 miles west of Glacier National Park.
Besides malamutes, we have an Alaskan husky named Trek, and 11 cats.
The Alaskan Malamute is a large breed of freighting dogs. They stand 22"(56cm)-27"(69cm) at the shoulder and weigh 70 lbs(32kg)-115 lbs(52kg). Alaskan Malamutes are big gentle dogs, and they are often good with children, though they should never be left alone. Malamutes can be around farm animals if they are raised from puppies (6-12 weeks old). Malamutes
(or mals as they are often called ) are very intelligent and loving animals. However, they need to be under  authority, as their human(s) must be dominant over them at all times.
They were bred to be able live in  extreme cold, haul heavy loads in very hostile conditions and survive on little food. According to common myth, the Malamutes were part wolf and part dog, though many of their habits are quite similar to wolves they do not have